Over 90% of boiler repairs are fixed on our first visit! All our gas engineers are Gas Safe registered.

A broken down or faulty boiler can be a massive problem and can leave you and your family with no heating or hot water at the time when you need it most. This is why Electrical & Gas Care can be at your home or tenanted property to carry out your emergency boiler repairs in Cardiff and surrounding areas as quickly as possible

our expert emergency boiler repair engineers will have your combi boiler, system boiler, or regular boiler fixed in no time keeping you and your family with heating and hot water all year round.

No heat or hot water

This is very common and can be caused by a number of problems. There may be an airlock or a motorised valve may have failed. Also, it could be that your thermostat is faulty or not turned up high enough, no pilot light, a problem with a diaphragm, or there could be a leak from your central heating system that needs fixing.

Radiators not getting hot

There could be sludge or debris in your central heating system which is then going through your boiler or there could be air in the system. Also, if the boiler is scaled up, this will cause it to make some funny noises too. It could also be that the water pressure is too low.

This could be caused by a faulty gas valve or broken thermocouple. Also, if the boiler case seal is damaged, a draught could blow out the pilot light.

The most common cause for a boiler losing pressure is a leak on the central heating system. The pressure relief valve could be faulty and/or the expansion vessel failing (it could be both).

Condensing boilers have a condensate pipe that takes away water from the boiler. This can freeze which causes a blockage resulting in the boiler failing.

Thermostats can fail when they get older as they can become inaccurate in their readings. This means that they turn the boiler on and off at the wrong times when they are not supposed to.

From time to time, seals on boilers leak and need to be replaced. Faulty seals are the most common reasons for a leak.

This could be caused by low water pressure, a blocked condensate pipe, air in the system or the pump not circulating the water in the system properly. 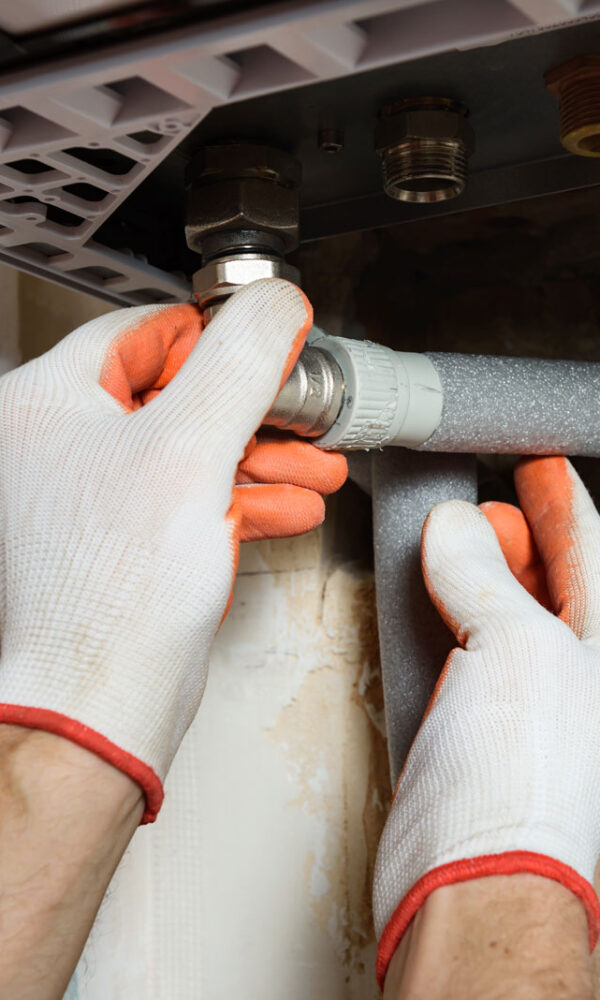 We’re a local company with an excellent reputation. Based in Caerphilly, we’ve helped hundreds of customers throughout the area with their boiler repairs.

If you need a fast response we can offer emergency call outs and in most cases we can have an engineer with you the same day.

Not only are all our engineers great at what they do, we’re also committed to providing you with the highest levels of customer care.